A Lifetime of Love: The Story of Mohini and Rajkumar 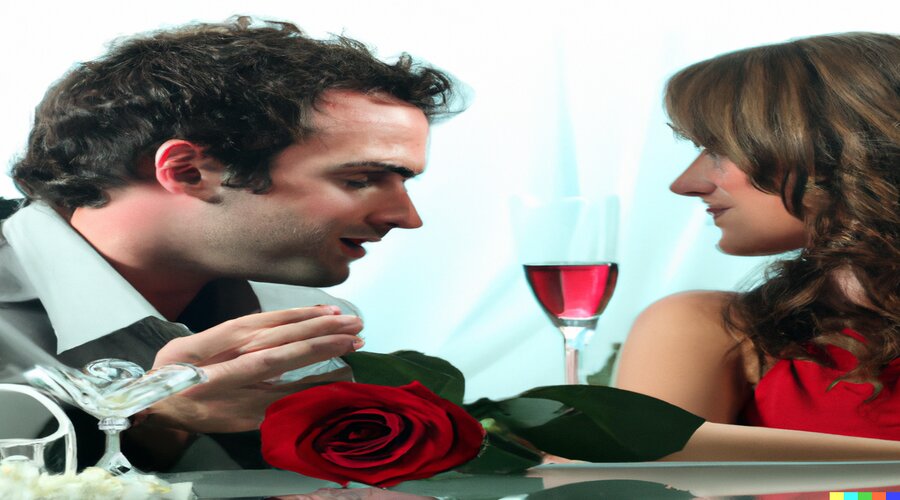 Once upon a time, there was a young woman named Mohini who lived in a small village at the base of a mountain. She had always been a bit of a dreamer and love to spent most of her days wandering through the forest, collecting wildflowers and listening to the birds sing.

One day, as she was walking along the mountain path, she met a young man named Rajkumar. He was a rugged and handsome traveler who was passing through the village on his way to the summit of the mountain.

Mohini and Rajkumar immediately connected and spent the rest of the day talking and laughing together. As the sun began to set, Rajkumar asked Mohini if she would like to join him on his journey to the top of the mountain. Without hesitation, Mohini said yes and the two of them set off together.

The climb was difficult, but with each step they took, Mohini and Rajkumar grew closer and closer. They shared stories of their lives, their hopes, and their dreams, and Mohini knew that she had found someone special.

As they reached the summit, they watched the sun dip below the horizon, painting the sky with shades of pink and orange. Mohini turned to Rajkumar and realized that she was in love with him. Without a word, Rajkumar took her hand and the two of them shared their first kiss as the stars came out to shine above them.

From that day on, Mohini and Rajkumar were inseparable. They traveled the world together, experiencing all the beauty and wonder it had to offer. And even as they grew older, their love for each other never faded. They knew that they were meant to be together, forever and always.

As they settled down in a small cottage on the edge of the village, they started a family of their own. Mohini gave birth to two beautiful children, a boy and a girl, and they raised them with love and care. They shared their love of the mountain and nature with their kids and taught them the importance of following their dreams and to never give up on love.

Years passed and as their children grew older, Mohini and Rajkumar watched them fall in love and start families of their own. They were happy to see their children find the same kind of love that they had found so many years ago on that mountain path.

But even as the years went by, Mohini and Rajkumar never lost the spark that they had found in each other. They continued to travel the world and explore new places, always returning home to their cottage and each other.

As they sat on their porch one evening, watching the sun set over the mountain, Mohini turned to Rajkumar and said, “I’m so grateful for the day we met. I never would have imagined that one chance encounter would lead to a lifetime of love and adventure.”

Rajkumar smiled and took her hand, “I’m the lucky one, my love. I found my soulmate on that mountain path, and I’ll be forever grateful for that day.”

They sat in silence, holding hands, and watching the stars come out, content in the knowledge that their love story was one for the ages.

As Mohini and Rajkumar grew older, they started to feel the effects of time. Mohini’s hair turned gray and Rajkumar’s step became a little slower, but their love for each other never wavered. They would often sit on the porch, holding hands and talking about their life together, the memories they shared and the adventures they had been on.

One day, Rajkumar woke up feeling unwell and Mohini knew it was time to say goodbye. She sat by his side, holding his hand and telling him how much she loved him. Rajkumar smiled and closed his eyes, knowing that Mohini was by his side and that their love story would always be remembered.

After Rajkumar passed away, Mohini was left with a lifetime of memories and love that she shared with Rajkumar. But she knew that she had to move on and continue living her life. She started to go on trips again, visiting the places they went together and keeping Rajkumar’s memory alive.

One day, while she was on a trip, Mohini met an old couple who reminded her of Rajkumar and herself. They shared their own love story and Mohini realized that love knows no age and that it is eternal. She returned home, grateful for the life she had lived with Rajkumar and the love they shared.

Mohini’s love story with Rajkumar was one that would be passed down through generations, a reminder of the power of love and how it can change our lives forever.