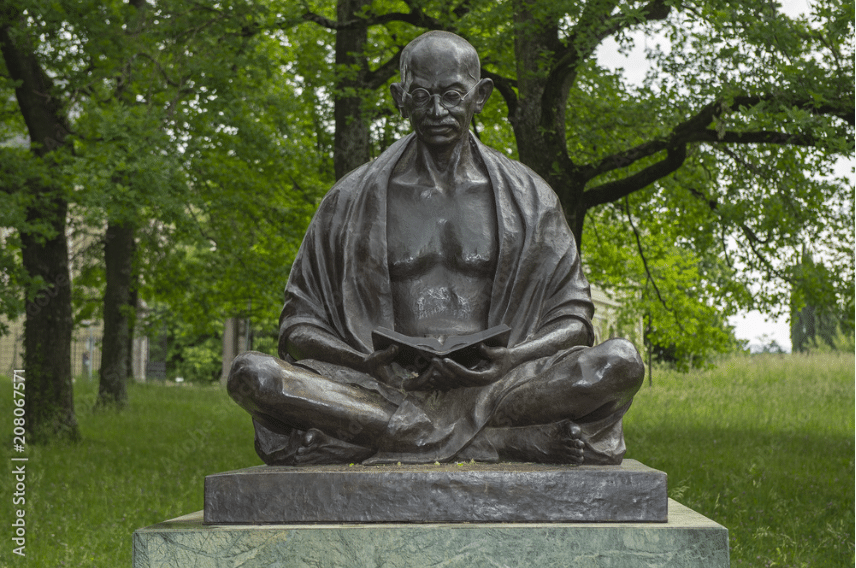 Gandhi Jayanti is a national holiday in India that marks the birthday of Mohandas Karamchand Gandhi, one of the most iconic figures in Indian history. Born on October 2, 1869, Gandhi is widely considered to be the “Father of the Nation” for his role in leading India to independence from British colonial rule through non-violent civil disobedience.

Gandhi’s philosophy of non-violence and peaceful resistance, which he called “satyagraha,” had a profound impact not only on the Indian independence movement, but also on civil rights and freedom struggles around the world. He advocated for the rights of the oppressed and marginalized, and inspired countless others to take up the cause of social justice.

Gandhi’s life and work were shaped by a deep commitment to truth and justice. He believed that the only way to achieve lasting change was through peaceful means, and he advocated for non-violent resistance as a means of achieving political and social goals. He was a strong believer in the power of individuals to effect change, and he encouraged Indians to take an active role in the struggle for independence.

Gandhi’s philosophy of non-violence and civil disobedience had a profound impact on the Indian independence movement. He led a series of campaigns and protests that helped to weaken British rule and build momentum for independence. His most famous campaign was the Salt March of 1930, in which he and a group of followers walked more than 200 miles to the Arabian Sea to protest the British monopoly on salt production. The march was a turning point in the independence movement, as it brought global attention to the struggle for Indian independence and inspired many Indians to join the movement.

In addition to his role in the Indian independence movement, Gandhi also played an important role in the fight for civil rights and social justice in India. He fought for the rights of the Dalits, or “untouchables,” who were at the bottom of the caste system and faced discrimination and oppression. He also advocated for the rights of women and worked to improve their status in Indian society.

Gandhi’s commitment to non-violence and social justice also had a global impact. His philosophy and methods of non-violent resistance inspired civil rights leaders such as Martin Luther King Jr. and Nelson Mandela, and continues to inspire activists around the world today.

Gandhi’s life and legacy continue to be celebrated in India and around the world. On October 2nd every year, Gandhi Jayanti is celebrated as a national holiday in India, with people all over the country participating in various events and activities to commemorate his life and work.

The impact of Gandhi’s life and work can be seen in the many institutions and organizations that have been established in his name. The Gandhi Peace Foundation, for example, promotes non-violence and peace through research, education, and grassroots action. The Gandhi Smriti and Darshan Samiti, meanwhile, maintains the memorial of Gandhi at Raj Ghat in New Delhi, where he was cremated after his assassination in 1948.

Gandhi’s ideas and methods of non-violence and civil disobedience have been studied and applied in various fields such as conflict resolution, human rights, and community development. His emphasis on self-reliance and the use of indigenous resources has also been an inspiration for sustainable development and environmental movements.

In addition to his political and social contributions, Gandhi is also remembered for his personal qualities of humility, simplicity, and compassion. He lived a simple and austere life, and advocated for simplicity and self-sufficiency. He believed that true freedom could only be achieved by breaking the chains of materialism and consumerism.

Gandhi’s assassination on January 30, 1948, by Nathuram Godse, a Hindu nationalist, was a great loss to the nation and the world. However, his ideas and ideals continue to live on, and his message of non-violence and peaceful resistance continues to inspire people around the world.

In conclusion, Gandhi Jayanti is a day to remember the life and legacy of Mohandas Karamchand Gandhi, one of the most iconic figures in Indian history. His philosophy of non-violence and peaceful resistance had a profound impact on the Indian independence movement, as well as civil rights and freedom struggles around the world. His message continues to inspire people to fight for a better world, and his institutions continue to work towards promoting peace, non-violence and sustainable development. His ideas and personal qualities continue to be an inspiration to people around the world, making him not just an important figure for India, but for the entire world.