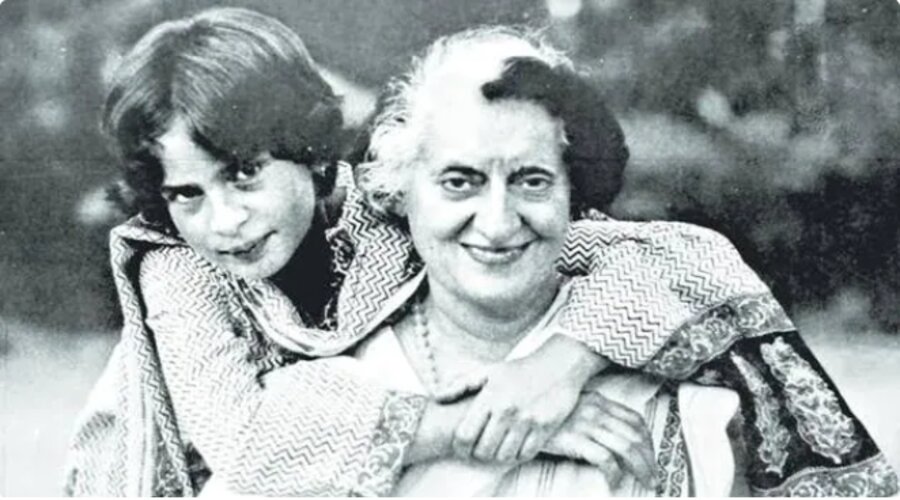 Indira Gandhi was the third prime minister of India, serving from 1966 to 1977 and again from 1980 until her assassination in 1984. She was the first and, to date, the only woman to hold the office of prime minister in India.

Gandhi was born into a prominent political family in 1917. Her father, Jawaharlal Nehru, was the first prime minister of India, and her mother, Kamala Nehru, was a freedom fighter. Gandhi grew up in a politically active household and was exposed to the Indian independence movement from a young age.

In 1942, Gandhi married Feroze Gandhi, with whom she had two sons, Rajiv and Sanjay. After her husband’s death in 1960, Gandhi became more involved in politics, eventually being elected as a member of the Indian National Congress party in 1964.

In 1966, Gandhi became the prime minister of India following the death of INDIA’S Second Prime Minister Lal Bahadur Shastri. She inherited a country in turmoil, with high inflation, food shortages, and political unrest. Gandhi’s government focused on economic development, and she implemented a number of policies aimed at reducing poverty and increasing agricultural production.

One of Gandhi’s most controversial policies was the implementation of forced sterilization in an effort to control population growth. The policy was widely criticized, and it is estimated that over 6 million men were sterilized during the program.

In 1971, Gandhi’s government supported the independence of East Pakistan, which resulted in the formation of Bangladesh. The success of the Bangladesh War boosted Gandhi’s popularity, and she won a landslide victory in the 1971 Indian general election.

Gandhi’s government also nationalized a number of key industries, including banks and insurance companies, in an effort to reduce economic inequality. The nationalization of these industries resulted in a significant increase in government control over the economy, and it is still a matter of debate as to whether these policies were successful.

In 1975, the Indian high court found Gandhi guilty of electoral malpractice and banned her from holding public office for six years. Gandhi responded by declaring a state of emergency and suspending civil liberties, including the freedom of speech and the press. The emergency lasted for 21 months, and it is widely considered to be a dark period in Indian history.

Gandhi’s government was defeated in the 1977 Indian general election, and she was arrested on charges of corruption. After her release, Gandhi returned to politics and was elected as prime minister again in 1980.

Gandhi’s second term as prime minister was marked by increased tensions with Pakistan, and in 1984, she ordered the Indian army to storm the Golden Temple in Amritsar, a Sikh holy site, in an effort to flush out Sikh separatists. The operation resulted in the deaths of hundreds of Sikhs and led to widespread outrage.

On October 31, 1984, Gandhi was assassinated by two of her Sikh bodyguards in response to the Golden Temple operation. Her death was met with widespread mourning, and she is still remembered as a powerful and controversial figure in Indian history.

Gandhi’s legacy is also complicated by her role as the leader of the Congress party, which has been accused of promoting a dynastic political culture in India, with several members of her family, including her son Rajiv Gandhi, also serving as prime minister.

Despite the controversies her criticism, Indira Gandhi remains a significant figure in Indian history, known for her strong leadership and determination. She played a crucial role in shaping the political and economic landscape of India and continues to be remembered as a powerful leader who fought for the rights and well-being of her country.

Regardless of one’s perspective, it is clear that Indira Gandhi’s tenure as prime minister of India was marked by significant political and economic changes that continue to shape the country today. Her contributions and impact on Indian politics and society will continue to be studied and discussed for years to come.

In addition to her domestic policies, Indira Gandhi was also a prominent figure on the international stage. She played a key role in the Non-Aligned Movement, which sought to promote neutrality and cooperation among developing nations. She also strengthened India’s relationship with the Soviet Union, which provided significant economic and military aid to India during her tenure.

Gandhi was also known for her strong stance against imperialism and colonialism. She supported anti-colonial movements around the world and was a vocal critic of the apartheid system in South Africa.

Gandhi’s legacy is still debated among scholars and the general public. Some argue that her policies brought about important changes that modernized India and helped to improve the lives of its citizens, while others claim that her authoritarian style of governance and disregard for civil liberties set a dangerous precedent for future leaders.

Moreover, Indira Gandhi’s legacy is also linked to the 1971 War with Pakistan, which led to the creation of Bangladesh. Her government’s support for the Bengali nationalist movement in East Pakistan and her decisive leadership during the war cemented her image as a strong leader who stood up to Pakistan’s aggression and defended India’s territorial integrity.

Indira Gandhi’s tenure as prime minister of India was marked by significant political and economic changes, both domestically and internationally. Her policies, actions, and leadership style continue to be debated and studied, but it is clear that she played a significant role in shaping the India of today. Her contributions to Indian politics, society, and international relations will be remembered for years to come.